We are excited to welcome another vessel to our growing family of over 55 BMT designed windfarm support vessels worldwide. Designed by BMT, the 36m SATV completed an extensive sea trials program for the owners (Ventus Marine) and charterers (SGRE) and has immediately commenced operations and maintenance activities on the Formosa 1 site. BMT partnered with Penguin Shipyard International for the 36m SATV, who together have delivered many vessels within different sectors of the marine industry, including High-Speed Ferries, Oil and Gas crew boats, Firefighting Vessels and Crew Transfer Vessels.

The pioneering design of the 36m SATV makes this the first vessel of its kind anywhere in the world. Its advanced design will offer greater operational versatility, providing long term offshore accommodation while still pushing up against the turbine to transfer technicians. This new concept and size of vessel will be able to plug the gap, where a full-size SOV (service operation vessel) would be unsuitable and too expensive.

“It’s fantastic to be a part of continually developing Offshore Renewables industry, particularly with such exciting projects like the SATV. The design brief really allowed us the freedom to devise the optimal configuration, from both a comfort and a workflow perspective.”

Seakeeping and efficiency were at the forefront of the project. BMT leveraged technologies and experience derived from the broad range of markets it serves to develop this unique design. The hull form is based on BMT’s ModCat range, which offers improved seakeeping performance but minimal resistance. A complete active ride control system also complements the improved vessel motion.

The design also boasts the third generation of BMT’s patented Active Fender System™. Through substantial investment as part of their R&D program, BMT has designed this next-generation active fender system for larger vessels like the SATV.  The aim is to land on wind turbine generators with a significantly reduced impact load, enabling service technicians’ safe transfer onto the towers. 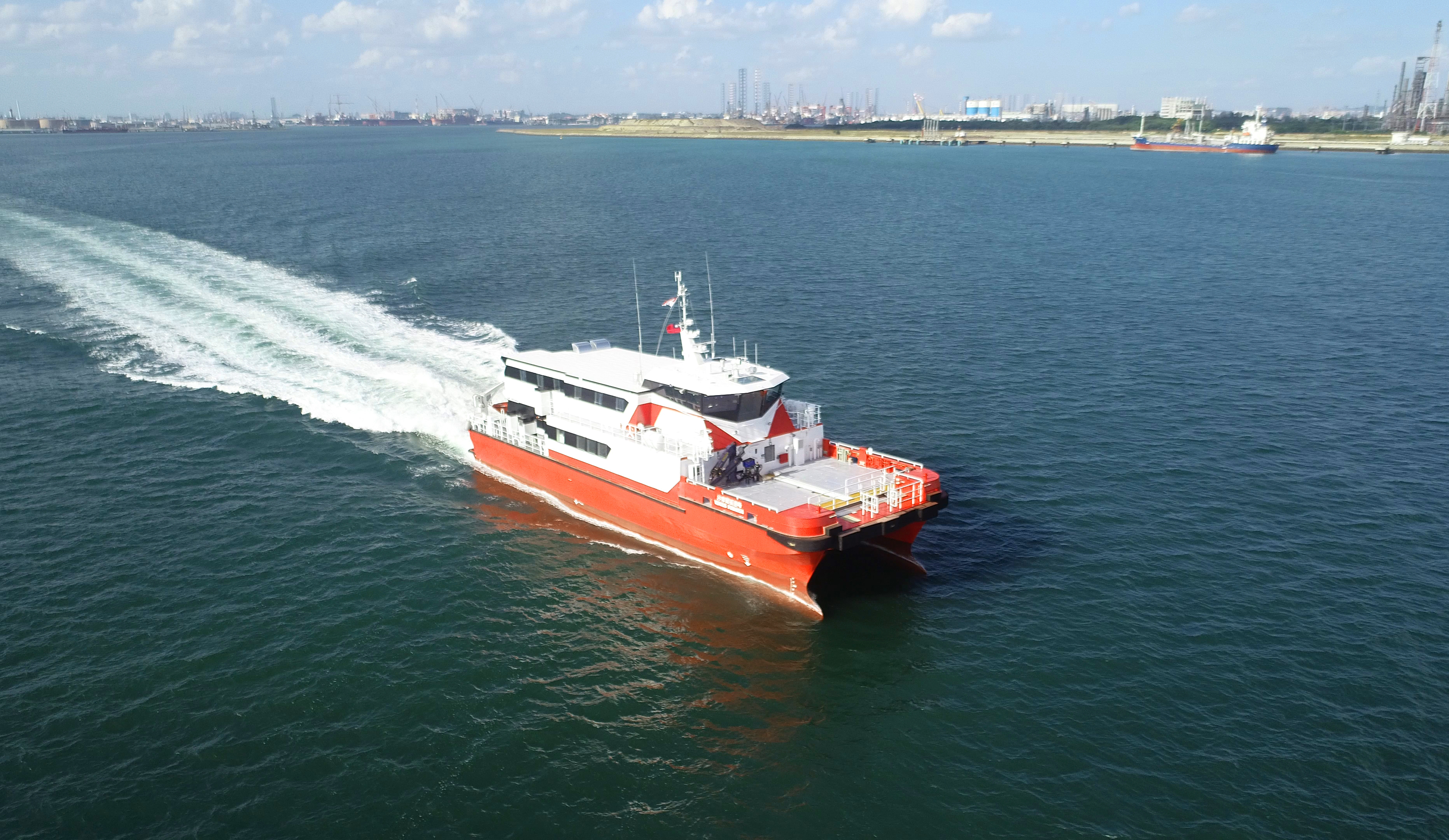 The 36m SATV is designed to optimise passenger comfort by keeping all sleeping accommodation above the main deck, where noise levels are kept to a minimum by a resiliently mounted superstructure, both of which are a first for a transfer vessel of this size.  Allowing ten crew to stay on board for the 12-day offshore endurance, the SATV will be used to service offshore turbines on the Formosa 1 Offshore Windfarm, off the coast of Taiwan.

It is powered by twin MTU 16V2000 engines coupled with a CPP propulsion system (supplied by Servogear) to optimise fuel efficiency during different modes of operation. The new 36m SATV will travel at a sprint speed of 20 knots and cruise at a rate of 16 knots, with a deadweight capacity of 75 tonnes.