With the recent impacts of severe weather events across North and South East Queensland and Northern New South Wales still fresh in our minds, the east coast of Australia has regularly felt the impacts of the La Niña season. 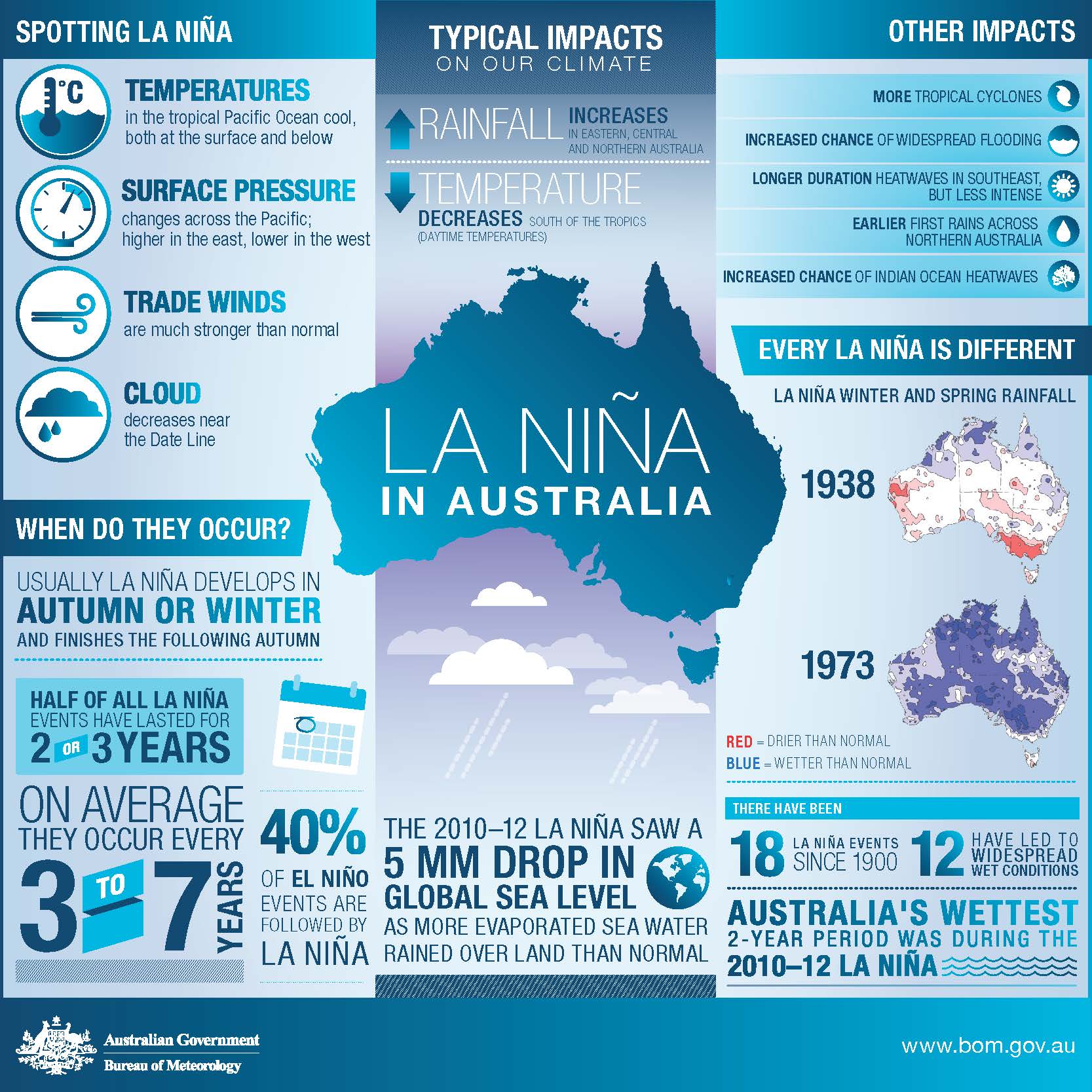 Coastal erosion, storm surges and flooding experienced over a thousand kilometres of coastline in December provided a powerful reminder of the destruction a La Niña event can result in. More recently parts of North Queensland have experienced massive downpours following ex-Tropical Cyclone Imogen, a cue to be prepared for the remainder of the La Niña season.

Here are four observations we should all be mindful of over the next few months.

La Niña is seasonal and can be severe.

Ten years on, we are reminded of the most recent La Niña period to result in significant weather events. The 2010 -2011 wet season, where record rainfalls, including the wettest year on record for the Murray-Darling Basin, resulted in flood declarations for 75% of Queensland along with widespread flooding in many other regions across Australia.

Typically extending over a period of 9 to 12 months, La Nina events begin in Autumn, build in intensity throughout the year and generally peak during the Summer. Currently, all international climate models indicate a continuation of La Niña into February, suggesting that the severe weather over recent weeks is not isolated and we can expect to experience several severe weather events over the following months. 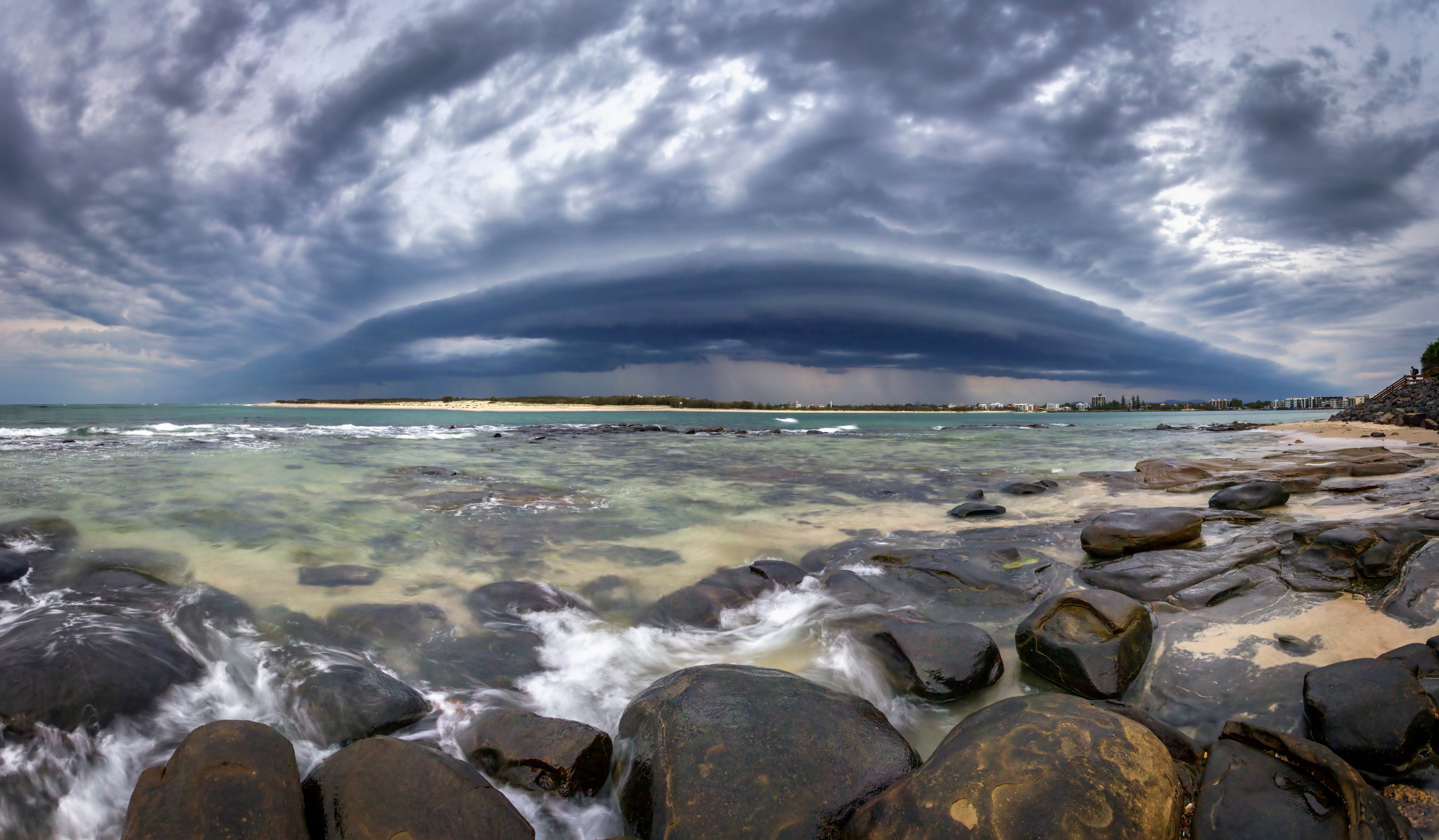 Compounding the potential impacts of La Niña are the lasting effects of the 2019 – 2020 bushfire season. The 2019 – 2020 summer was genuinely unprecedented; extreme bushfires impacted every state and territory in the country, and by March 2020, more than 46 million acres were burned.

As a fire spreads, no layer of vegetation is spared, with the canopy, undergrowth and forest floor wholly engulfed. Beneath the forest floor, organic matter that improves soil structure and allows aeration and the infiltration of water is also severely burnt during bushfires.

As soil stability weakens, the destruction of sub-surface organic matter results in compaction, leading to increased volumes of runoff and erosion, as water, which would generally enter the soil, flows downstream into creeks and rivers.

While the past is no specific indication of what is likely to occur in the future, studying past events can significantly improve planning and emergency response outcomes.  We compare study results with evidence of the flood event; this is referred to as calibration. The most tried and tested way for the community to contribute to the collection of evidence, to assist calibration studies, is to collect and provide to the local council photos which indicate the extent and depth of inundation.

Preparation and planning can save lives and property.

Australians are well acquainted with severe weather events, especially during the La Niña periods. Dangerous flood conditions resulting from intense rainfall can lead to significant property damage as cars are washed away and homes inundated. While damage to and loss of material possessions can be expected, the loss of life during severe weather events should be completely avoidable. Establishing a flood plan for your household is one of the most important things you can do now to be ready for future weather events.  Some points to consider when preparing your flood plan include:

For information on how to prepare for extreme weather events and emergencies, check out the resources developed by the Red Cross.

Find out more about the International Red Cross

Matthew started his professional career in the utility industry assessing the impacts of development to water and wastewater infrastructure. Since starting with the flood team of BMT, Matthew has gained significant experience in developing and reviewing TUFLOW hydraulic models. Matthews’ most recent work has involved developing new and modifying existing TUFLOW hydraulic models for flood impact assessments across Australia and the Pacific.