Alongside their day jobs or studies, the teams compete in groups of up to six, over eight weeks, to develop their concepts. The competition culminates in a final night of presentations to experts in the field, with cash prizes and bragging rights are given out to the top three teams.

This year's focus was on the environmental impacts of increased marine traffic in the Arctic Sea due to dwindling sea ice and the opening up of the northern passages. The challenge: to design a vessel that provided a platform for researching Polar ecosystems and the environmental effects of increased maritime operations. The vessel would also have to provide a testbed for novel technologies, replenish remote research stations, and operate over increased periods of self-sufficiency, all whilst minimising its impact on the local environment.

Both teams worked tirelessly to develop innovative and feasible designs for a next-generation polar research vessel. Team Silentium Beluga arrived on a concept design that implemented a trimaran hull form that allowed for a large stable deck with an extensive research deck for modular lab space and inflatable wing sails to reduce fuel consumption by up to 20%, alongside solar power and batteries to supplement power generation. Team Edward Parry Marine took a different approach, proposing the refit of an existing ice breaker vessel that incorporated modular testbeds for novel emerging technologies and an intelligent power management system, utilising multiple energy sources, including solar testbeds, batteries, dual-fuel engines. Both teams highlighted the necessity for modularity and a significant reliance on automation and the use of uncrewed vehicles to minimise the vessels' operational impact on the local environment.

After eight weeks of hard work, a poster submission, presentations, and a grilling of questions from the judges, Team Silentium Beluga took the win, with Team Edward Parry Marine coming in a close second and meaning that BMT cleaned up the scoreboard! 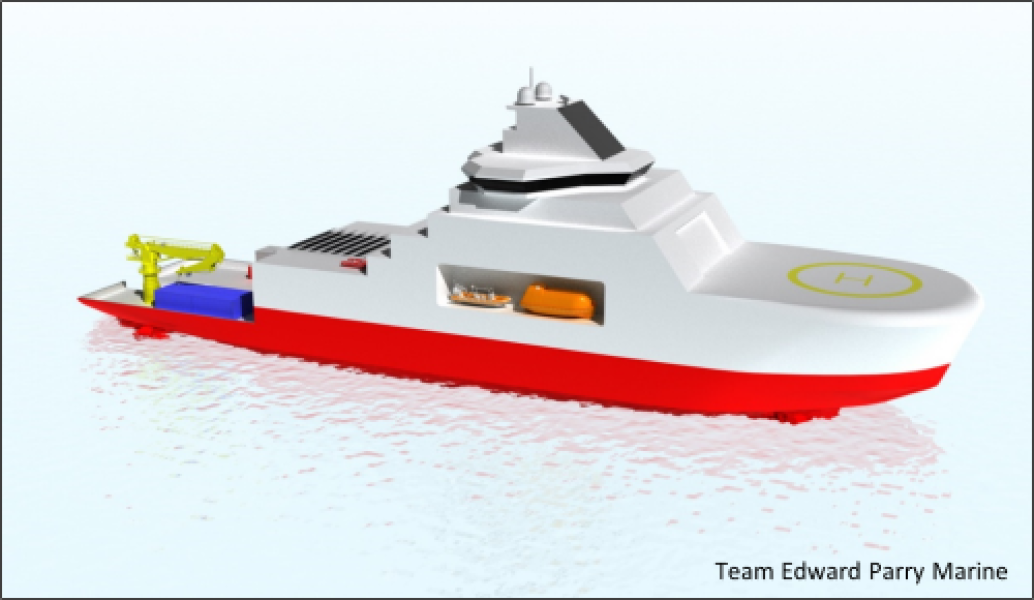