Best of BMT - Innovation on Rails 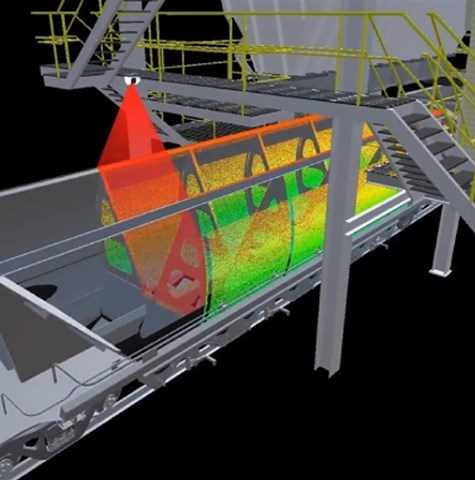 Best of BMT - Innovation on Rails

A great deal of the world’s freight is transported by rail as it can often be more efficient than other means of transportation. But that efficiency depends a great deal on the ability to load and unload freight safely, efficiently and accurately while maximising the use of the capacity in each wagon. Getting loads of coal, iron ore and other materials loaded rapidly presents a number of challenges and many train loading stations are typically operated manually which means that performance can vary, while wagons can be loaded inconsistently or unreliably, causing the whole process to act as a bottleneck.

It’s an issue that has the potential to cost companies a great deal of time and money, both due to delays and due to the heavy fines that they can incur if they fail to move load or unload enough cargo in the allotted time.

But thanks to the experience, expertise and innovation of our engineers, we’ve addressed the problem definitively by developing the first autonomous clamshell TLO in the world. Not only does our ground-breaking Autonomous Train Loadout system deliver optimised train loading with industry-leading reliability and repeatability, but it also provides a virtual reality remote operations interface to allow operators to monitor the facility in an immersive, real-time environment.

The resulting train loading times are far faster, allowing for an additional train to be loaded each day and reducing variability in the process.

This world-first automated system ensures consistent, continuous loadout of trains that will help companies realise operational efficiencies, maximise their stockpile capacity, minimise the costly use of mobile plants, and reduce the cost per tonne handling rate.

This article is part of #BestOfBMT 2019, featuring our best projects throughout the year.

Best Of BMT: Interactive map of fascinating projects BMT worked on in 2018

#BestOfBMT campaign featured 17 fascinating projects BMT worked on in 2018. If you missed some of these in December, please have a look at our interactive map.