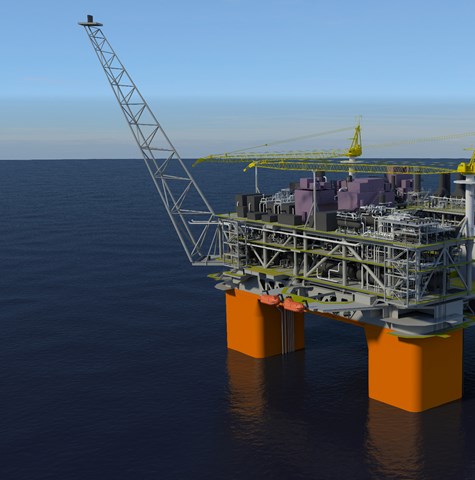 BMT has won a contract to provide multiple marine monitoring systems for BP’s new Mad Dog Phase 2 semi-submersible floating production facility in the Gulf of Mexico. These systems will play an important role in ensuring the day to day operations of the facility are conducted safely.

The Mad Dog Field is one of BP’s largest discoveries in the Gulf of Mexico to date.  Mad Dog Phase 2 will have the capacity to produce up to 140,000 gross barrels of crude oil per day from up to 14 production wells.

BMT will install its Integrated Marine Monitoring System which comprises several sub systems relating to environmental monitoring and facility response.  Its purpose will be to provide key data in real time to the offshore operators and to collect detailed data sets to support long term integrity monitoring of the asset.

BMT’s Independent Remote Monitoring System (IRMS) will provide additional monitoring capability particularly during periods of evacuation due to hurricanes. The IRMS will continuously transmit data and imagery back to stakeholders on shore during the passage of a hurricane to help BP perform crucial asset monitoring during unmanned operations.

Robert Barker, Commercial Manager for Offshore Critical Infrastructure at BMT comments: “The Mad Dog 2 project is a significant contract award and builds on BMT’s strong relationship with BP forged over many years. We developed the first Integrated Marine Monitoring System used by BP in the late 1990s and since this time, BMT has provided operationally critical marine monitoring systems for many of BP’s deepwater floating production facilities worldwide.”

BMT and MSI have been jointly awarded a contract by Gastrade to deploy an EMS.